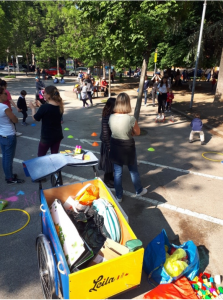 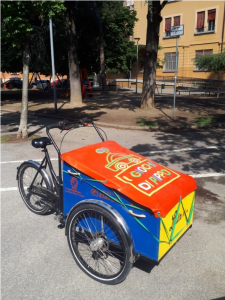 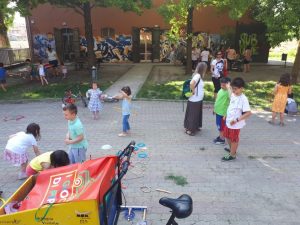 More than 40 families have been informed about the project, received flyers about it and played with childrens during the activities organised by our project partners in Bologna.

The activities were held for two afternoos, with Leila’s Cargobike outside Marconi elementary school, as dissemination activity and as example of co-playing children and parents as well as only groups of children with a supervisor.

Below you can find the flyer disseminated during the two days event, as well as the invitation adn the agenda.